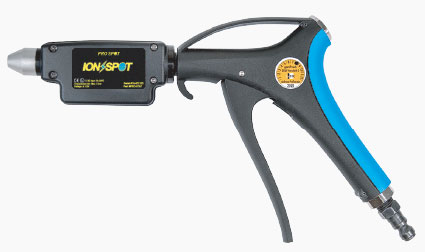 Pro Spot’s Ion Spot is an anti-static gun that helps painters get the cleanest paint job possible. It eliminates the static and dust in one quick and easy step. 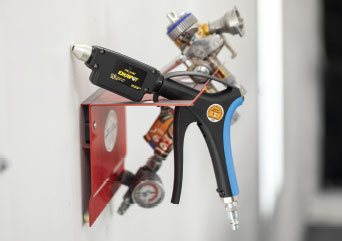 The Ion Spot is a tool designed for the painter who wants to eliminate static electricity from any material that is being readied for painting.

The tool works on compressed air only, has no electrical input, no batteries, and no charging devices.

The Ion Spot can be used on all surfaces where electrostatic discharge is a problem: plastic, aluminum, or steel! 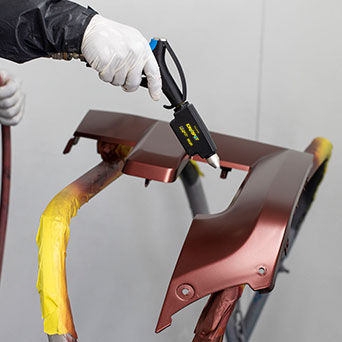 Pro Spot's Ion Spot eliminates static and dust in seconds while drastically reducing contamination. The Ion Spot is a compressed air operated tool that requires no batteries or any type of external power unit. It reduces dry edges, improves paint adhesion and cuts down the prep time before paint. The Ion Spot also helps aids in metallic control for better color blending. Using the Ion Spot will also bring down costs on chemical and cleaner saving money and time. 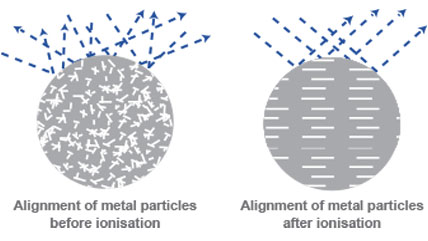 The Ion Spot ionizing Anti-Stat Gun is safe to use, has the CE safety certifications, EX-ATEX, and is non-hazardous.

The positive and negative ions that the Ion Spot produces have a half-life period of less than a second. The ions remain in the air and in the spray booth for just long enough to neutralize the static on the workpiece, after which they lose their energy, dissipate into the atmosphere and cease to exist.

There are several different types of ionization or methods on how ions are produced.

The Plasma Discharge Ionization used in the Ion Spot must not be confused with other ionization methods such as: chemical ionization, electrochemical (corona discharge) ionization, thermal ionization or the various forms of radioactive ionization in which radioactive decay ionizes alpha, beta, gamma or X particles.

Note: The Ion Spot works best at 72 psi, though has a working range of 40 psi to 72 psi. The unit will notify the user with a flashing red light if the pressure is too high or too low.